If you enjoy reading this newsletter, please share it via your social networks and/or forward it to other people who may appreciate it! To view this newsletter and previous issues online, head to psychsafety.co.ukOur next meetup is likely to be September (date tbc), and we’ve got an amazing speaker lined up to talk about neurodiversity, autism and psychological safety. More details to follow!

There are only two spaces left on the next Psychological Safety Practice Masterclass virtual workshop on Monday 27th June. You can sign up here.

This newsletter is sponsored by Conflux.

Many organisations today are stuck using ways of working from a bygone age. In this article, Sophie Weston, Principal at Conflux, takes a look at why knowledge work needs a new approach in which psychological safety is a key ingredient.

This week was a bit rubbish to be honest. We had a nasty experience when we were the victims of a rather sophisticated fraud attempt. It could have been awful, but with the help of various fantastic folks and the rapid response of anti-fraud teams, it’s ok (we think) now. In particular, we experienced how one of the ways that scammers take advantage of you is by pretending to have positive intent – they’re “only trying to help“, when in fact their intent is malicious. Afterwards, it made me reflect on the phrase “assume positive intent”, because sometimes, although I wish it weren’t the case, sometimes people actually are acting out of malice or self-interest. “Begin with curiosity” is maybe a better approach at times. 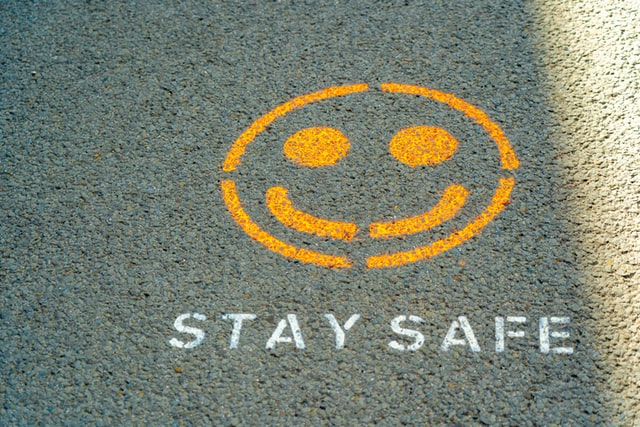 Photo by Nick Fewings on Unsplash

However when psychological safety becomes weaponised, it’s even more harmful, and can be difficult to address constructively. On one hand, weaponisation of psychological safety can manifest as a culture of toxic positivity, or a “good vibes only” environment where anyone raising concerns or dissent from the norm is shut down because they’re making people feel uncomfortable. Of course, we know that psychological safety doesn’t mean safety from discomfort – quite the opposite: it means there’s safety in discomfort. This doesn’t mean a culture of constant negativity, but being open to discussing the “bad stuff” constructively, as well as celebrating the good stuff.

On the other hand, an intentional misinterpretation of psychological safety can be weaponised to foster a culture of zero consequences for interpersonal harm – “I must be safe to express my (harmful) views.” This is the stance that psychological safety means it’s ok to say whatever I want without fear of consequence – which may include directly harmful, bigoted or exclusionary language. I’ve witnessed this personally, and when I challenged it, I was accused of trying to create a “good vibes only” environment. As Paul Tevis in the community pointed out, this situation can occur “when the the concept of PS is used to justify doing what the person already wants to do” (such as use discriminatory language or present a view that is harmful to other members of the group – or even outside the group).

We should be absolutely clear: psychological safety does not mean freedom from discomfort, but nor does it endow the right to wilfully or recklessly cause others discomfort or harm.


Thanks to Adrian Howard, Paul Tevis, Tim van Dijk and Daniel Osborne for contributing to this discussion on weaponisation of psychological safety in the Psych Safety community.

Psychological Safety In the Workplace:
This is a great piece by Ian Miell, “Business Value, Soccer Canteens, Engineer Retention, and the Bricklayer Fallacy“. I love it when eloquent people like Ian manage to so clearly describe concept that exist in my head as brain spaghetti and straighten it all out into coherent thoughts. Ian describes why a dogmatic adherence to “business value” and attempting to measure the impact of everything can be ultimately detrimental to an organisation. He describes the actions of Alex Ferguson, best known for managing Manchester United from 1986 to 2013, and widely regarded as one of the greatest football managers of all time.

Whilst I don’t endorse a lot of Ferguson’s approach to management (he would shout at and belittle players, and punish poor performance in games), the example of sitting by the young lad who was eating by himself is a good one. A lot of the most valuable “work” we do is actually not part of what we’re measured by. Some of our most valuable people in organisations are the “glue” – those folks who empower and enable others to do an amazing job – or the people who (as Ian describes) carry out secret “skunkworks” projects to that help the business, even though that work isn’t “part of the job”.

There’s a link between these ideas of “glue” people, and the skunkworks approach and psychological safety. If we assume that we all want to do the best for the organisation, but the way our work is designed means that we have to hide valuable work, then we either don’t do the most valuable work, or we do it in the shadows. If we foster psychological safety, we’re more able to have those discussions about what’s “most valuable” out in the open.

Here’s a great article by Pam Walaski, in the Professional Safety Journal, looking at “Safety Differently”: Pam describes how Edmondson’s work on psychological safety, along with Dekker’s work in human error (Dekker coined the term “Safety Differently“) and Just Culture, allowed her to frame safety in a different light. Pam describes how “Workers are not stupid or idiots. They do not lack common sense or fail to care if they or their coworkers get hurt. They deserve to be treated with respect and dignity, in person and behind their backs.“

I love this piece from Roman Sachse about psychological safety in software development: “Yes, Type Safety is awesome, but have you tried psychological safety?” Roman also highlights the challenge he’s faced with people reacting to psychological safety as if we should “treat people like snowflakes” (one way to potentially weaponise psychological safety), and makes this excellent point: “Most of the time the need to mention that the current meeting or discussion is safe for every attendee is a good heuristic for realizing that in fact it is not.“

This is a really good little case study from Columbia University’s “Hyacinth User Group”, from Brian Luna Lucero and Esther Jackson: Everyone makes mistakes: Building trust and psychological safety in a shared digital object management system. The folks there have created a neat infographic that shows how a culture of psychological safety and a systematic approach to mistakes results in a higher performing team and a higher performing system.

If anyone is ever looking for validity research on the efficacy of measuring psychological safety, here’s a paper from Maria Cecília Koehne Ramalho and Juliana Barreiros Porto at the University of Brazil, on “Validity Evidence of the Team Psychological Safety Survey“, examining the efficacy of Amy Edmondson’s 1999 survey methodology (with positive results, by the way!).

Things to do and try: I like this post by Blake Harvard – The Effortful Educator – about how students are often “trained” to confirm what what they already know, and that forgetting something or getting something wrong is “bad”. It can be embarrassing in a classroom or at work to admit that you don’t know something – especially if it seems that everyone else knows it or it’s such a fundamental thing that you feel you “should” know it. This unknowing can also be so uncomfortable that we might not even admit it to ourselves. This article made me think about being more active and explicit about asking when I’m unsure about something, even if it’s something I “should” know.

Here’s a good article from Ben Northrop, who describes the impact of splitting time across multiple projects, and how the overhead of synchronisation, understanding and reframing has a much greater impact on productivity than we might expect. A common phrase I hear is the pain of “context switching”, which certainly impacts our ability to focus, but Ben shows how a lot of overhead is invisible, in part because managers (who often make these decisions) largely *only* work in the overhead space, so it’s like asking a fish to imagine water. Whilst some of us prefer to work on multiple workstreams at the same time (personally, I get bored FAST), we should recognise the impact that this mental multithreading has.

Going back to the weaponisation of psychological safety to be “free to say whatever I want, even if it causes others harm”, we should always try to remember: Does this thing need to be said, by me, now?

How to Not Be a Perfectionist, by Molly Brodak

People are vivid
and small
and don’t live
very long—

The mission of this newsletter is to make the world of work a better, safer, more inclusive and equitable place. We work towards this by sharing, as widely as possible, new research and opinion, case studies, news, practices and methods related to psychological safety.

A core goal is to amplify the voices of minoritised groups and those who are less represented in this field. This includes (but is not limited to) voices of people of colour, neurodiverse people, LGBTQ+ people, women in leadership and tech, and more.

I believe knowledge is worthless unless it’s accessible. A key principle of this newsletter is to only share content that everyone can access. This excludes content behind paywalls, research papers that are not open-access, and proprietary tools that don’t open source their algorithms (preventing us from observing how systems make decisions about us). There may be some exceptions to this principle in practice, for example, where authors are able to share original texts of papers.

Whilst this statement will evolve this over time, the core principles of equity, amplification, and progressive & humanistic leadership shouldn’t change.

Create and Maintain  ·  In The Workplace  ·  Psychological Safety

How to Build Psychological Safety In The Workplace

Sign up to our newsletter & get your free poster pack

Training
What is Psychological Safety?
Newsletter