In 1986, the Chernobyl power plant suffered a major disaster that directly killed 31 people and is estimated to have indirectly killed over 4000. Whilst the plant itself possessed an inherently unsafe design, the culture in Russia at the time did not encourage the raising of concerns or speaking up about mistakes. A fear of authority and the need to please political masters resulted in a fear-driven culture. During a simulated power shutdown, operators who were not fully equipped to deal with the situation made a series of protocol mistakes which resulted in a steam explosion, followed by a nuclear explosion. The cause of the disaster was in large part because operators did not speak up about their concerns. 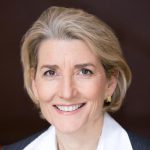 What Makes a Great Team?

Think about the best team you’ve been a member of. It could be a sports team, a business team, or some other group of people with a shared goal. Being a member of that team probably felt good, it may have even been energising and inspiring. Whilst the members of that team may well have been experts in their field, it’s likely that being a member of that team felt good because that team felt safe to be themselves. They, and you, likely felt free to admit mistakes, ask for help, and even challenge ideas from other team members without fear of humiliation or embarrassment.

Now think about one of the worst teams you’ve been a member of. Perhaps you felt that you had to put on a metaphorical “mask”, and be a different version of yourself in order to fit in. You may not have been able to admit mistakes, or ask for help, in case members of the team saw it as a weakness and used it against you. Chances are, you didn’t feel very “safe” in this team.

Think of these two teams when thinking about levels of psychological safety. Psychological safety isn’t a binary “on or off” factor, it’s a sliding scale. Teams (and members of those teams) possess it to varying degrees. The best team you’ve been on probably possessed a lot, whilst the worst probably did not possess much at all. This pack will support you to increase the psychological safety experienced by your team right now.

It’s important to recognise the difference between these two practices. The indubitable Grace Hopper once stated that “You manage things, you lead people.” What she meant is that management consists of all the processes, tools, and controls that need to exist in order for people to work effectively, whilst leadership is far larger in scope and consists of, for example, setting direction, making strategic decisions, supporting and motivating people, and elevating people in order to reach their highest potential.

In practice, this means that neither management nor leadership can be neglected.

In order for people to perform well and possess psychological safety, they need to operate in environments where safety, costs, tools and processes are managed effectively. A team cannot deliver if they do not know how, or indeed what to deliver. Management is therefore part of leadership, and contributes to the “structure and clarity” that Google’s Project Aristotle defined as the third most important factor in high performing teams. Incidentally, guess what the most important factor they identified was? Yes, exactly. Psychological safety.

The Four Stages of Psychological Safety

Timothy R Clarke in his book “The Four Stages Of Psychological Safety” described four stages of psychological safety that teams can move through, progressing from stage 1 to stage 4. These are:

(1) Inclusion Safety – members feel safe to belong to the team

(2) Learner Safety – members are able to learn through asking questions

(3) Contributor Safety – members feel safe to contribute their own ideas

Another useful model for team development is Tuckman’s Model of Team Development, where teams “Form”, “Storm”, “Norm”, and finally, “Perform”. It is only in psychologically safe teams that true performance will be reached, since this stage requires the ability for team members to admit and learn from mistakes, and to contribute and challenge ideas. Reaching this stage, as a leader of a team, is your goal.

It’s really important, and fortunately, really easy to measure psychological safety. You can do this in your team or across an entire organisation, the Psychsafety Action Pack is a toolkit that contains thorough and detailed resources on measurement, specific actions to take according to the scores you record, and exercises, tools, and workshops to run with your teams to continuously build psychological safety and performance in your workplace.

The Three Fundamentals of Psychological Safety

Thanks to Dr Amy Edmondson for elucidating these core principles in The Fearless Organization.

Download your Psychological Safety Toolkit to measure, build and maintain psychological safety in your teams.

For more information about high performing teams and psychological safety or for consulting or workshops, please get in touch.